TalkTalk has become one of the best-known UK broadband providers. It’s up there with the big names such as BT, Virgin Media, and Sky – but its deals are often cheaper than those of its major rivals. TalkTalk broadband is priced at rather competitive rates, and the provider focuses on delivering good value for money to broadband customers across the UK.

However, it’s important to consider a variety of factors besides the monthly cost of a TalkTalk broadband deal. It certainly pays to understand the speeds of TalkTalk broadband, as well as reviews and the quality of customer service.
Last updated in: August 2022

We’ve put together this guide to help you understand everything TalkTalk has to offer. You’ll find the best and cheapest TalkTalk broadband deals as well as the pros and cons of choosing TalkTalk as your Internet service provider. 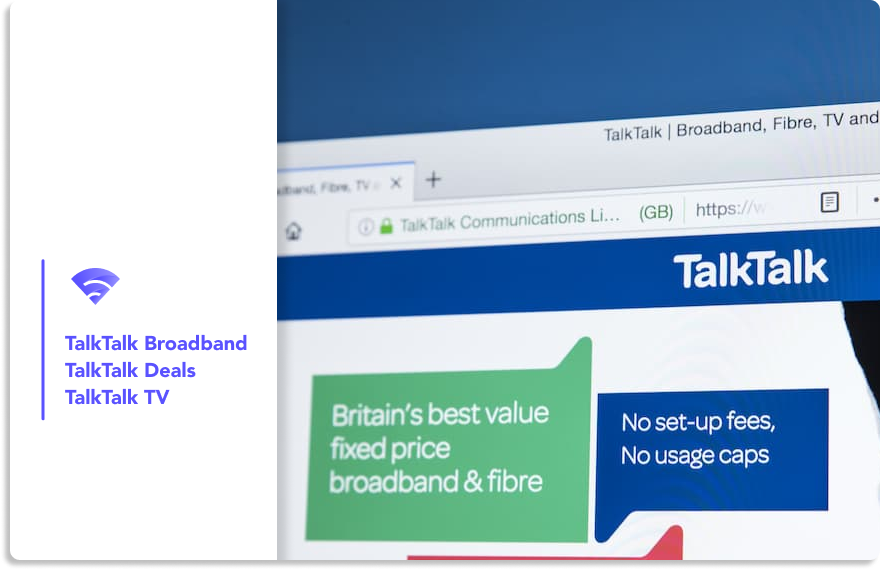 TalkTalk positions itself as a provider offering good value for money – and its prices support this claim. Thankfully, despite the low prices, you can expect broadband speeds that rival other providers.

You can also add TalkTalk TV services to your deal, allowing you to access NOW TV and BT Sport as part of your broadband package. What’s more, TalkTalk promises no mid-contract price rises (besides inflation-related changes). It also has a 30-day Great Connection Guarantee, allowing customers to disconnect for free if their fibre broadband is unsatisfactory during the first month.

TalkTalk provides a range of fibre broadband speeds in its deals. Here are the average download speeds you can expect from each deal:

*TalkTalk’s Ultra Fibre Optic broadband is currently being rolled out nationwide, but it’s not yet available everywhere.

Like most providers, TalkTalk uses the Openreach network. This means that TalkTalk’s fibre broadband, TV, and phone services are widely available across the UK.

However, the coverage for TalkTalk’s fibre to the premises (FTTP) plans is more limited. Although the provider is expanding the reach of its full fibre deals, it’s not available everywhere. You can check the availability of TalkTalk’s broadband deals by using its postcode checker.

Here are the key features of TalkTalk as a service provider:

TalkTalk offers a variety of broadband, landline, and TV packages to choose from. We’ll help out by highlighting the best deals available!

Here are TalkTalk’s best broadband deals overall, including those with phone lines:

Here are the most popular TalkTalk broadband-only deals currently available:

These are the TalkTalk´s best broadband and TV deals currently available:

Unfortunately, TalkTalk no longer offers any mobile deals. The provider closed its TalkTalk Mobile arm in 2018, referring its existing mobile customers to O2’s network instead. The closure of TalkTalk Mobile has no effect on TalkTalk’s broadband, TV, and landline services.

These are the most popular TalkTalk broadband, TV, and phone deals currently available: 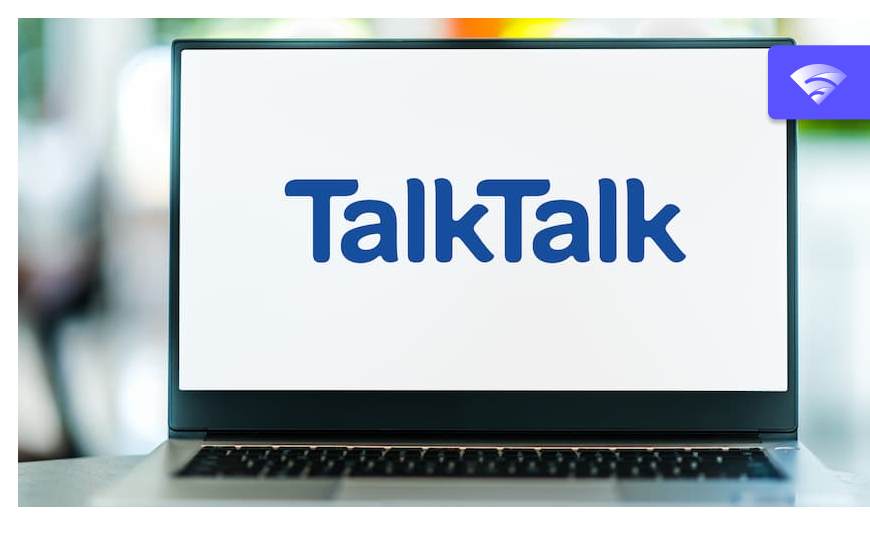 Switching your broadband provider to TalkTalk

The process of joining TalkTalk is quite straightforward:

*If you’re with Virgin Media or a dedicated FTTP supplier, you’ll need to call it to cancel your existing contract.

Should I switch to TalkTalk?

Here are the pros and cons of joining TalkTalk:

What TalkTalk services are available in my area?

TalkTalk’s fibre broadband is widely available across the UK, but FTTP connections aren’t yet available everywhere. You can use TalkTalk’s postcode checker to see what deals you could get.

How do I switch from TalkTalk to another provider

If you’re looking to leave TalkTalk for another provider on the Openreach network, such as Sky or BT, you simply need to sign up with your chosen new supplier. They’ll take care of switching and ending your TalkTalk contract.

However, if you’re switching to a provider on a separate network, such as Virgin Media, you’ll need to call TalkTalk on 03451 720088 to cancel.

How do I cancel my TalkTalk contract

If you’re switching to a provider on the Openreach network, simply sign up and it’ll cancel your TalkTalk contract for you.

Alternatively, you can cancel your TalkTalk contract, whether switching or not, by calling 03451 720088. TalkTalk staff will tell you how to return your equipment – and whether you face early exit fees. If you need help through this process, contact the Broadband-Plans team, and we will help you free of charge.

📺 Can you get TalkTalk TV on its own?

No – it’s only available with TalkTalk broadband on its own.

📶 Is it possible to use your own router with TalkTalk?

TalkTalk provides its own broadband routers when you join – but you can use your own router. However, you’ll need to manually connect it to your TalkTalk account. Methods may vary between routers, so check your router’s manual or its manufacturer’s website.

You can contact TalkTalk’s customer service team on 03451 720088. Alternatively, you can use its online live chat feature.

🌐 What network does TalkTalk use?

Like most major providers, TalkTalk uses the Openreach network.

O2: Deals and tariffs, customer service, and My O2