Is iTalk the broadband provider for you?

Based in Hove on the south coast of the UK, iTalk is not the biggest broadband supplier but has been around for more than a decade. It prides itself on offering great customer service, with UK-based support for all its broadband and phone customers. They are not exactly reinventing the wheel, so don’t expect fancy packages or fireworks with their deals. But what you do get is solid reliable service and products that live up to expectations.
Last update: April 2022

They offer both standard ADSL and fibre broadband connections, home phone packages and 24-month contracts, all from £19.99 a month. You can expect speeds of around 10Mbps to 63Mbps, depending on what kind of broadband package you choose.

Unlimited Broadband is iTalk’s standard package and is sold as ideal for the ‘casual internet user on a budget’. That means you get average speeds of 10Mbps, which is more than enough to do the basics such as internet banking, shopping and watching some streaming services.

Other iTalk packages include the Unlimited Fibre, with speeds up to 35Mbps and the Unlimited Fast package, with speeds of 63Mbps. Both of these packages will be more expensive. Installation takes two weeks on average and comes with a free router, worth £99, although you may have to pay a one off charge of around £10 to have the router delivered. 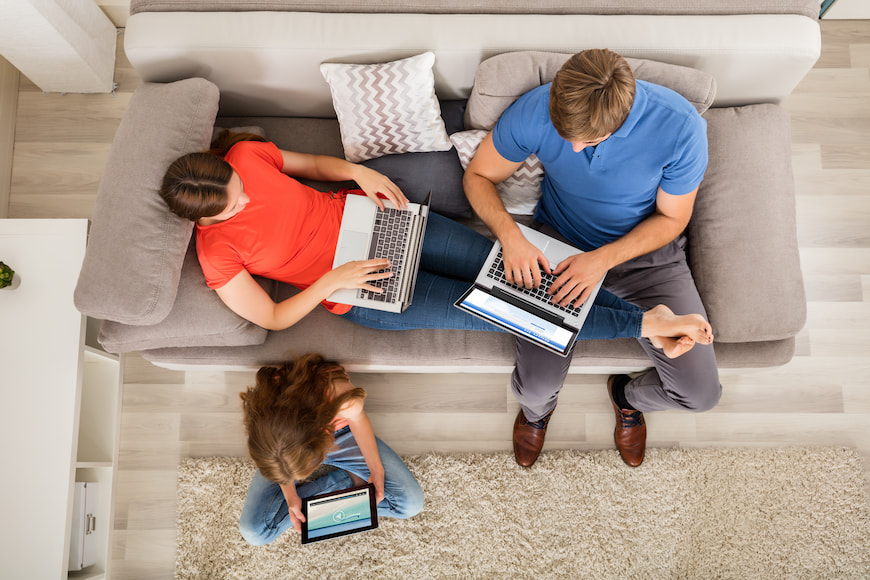 Comparing the Broadband and TV packages and deals of iTalk

iTalk has been active in the UK since 2007 and aims to offer no frills broadband and phone packages. There are three standard deals to choose from, starting at £19.99 a month. All contracts are for 24 months and come with guaranteed speeds of between 10 and 63 Mbps.

iTalk are not the cheapest providers on the market, nor are their deals particularly outstanding. How they aim to be different is through being a reliable provider with good customer service. They believe that by having UK-based customer service and a good reputation they can achieve solid growth of their customer base.

They currently offer no TV packages, just broadband and phone deals. There is a set up fee for their broadband packages and no calls are included with their plans. As you can see, this really is the basics, and perhaps less enticing than some other networks who offer you lots of bells and whistles with new deals. However, you have to ask yourself whether you would rather have solid and reliable service or a few little bonuses for signing on but without the same level of customer service. It all depends on what you expect from your deal.

There is also quite a big jump in price between their standard ADSL copper broadband and their fibre services, so if you want faster broadband then you will have to pay more for it.

What are iTalk’s broadband packages?

Below you can find the details of iTalk’s three broadband packages.

There are no speed guarantees at iTalk. It is included in the terms and conditions that customers should not expect to receive a guaranteed minimum speed. This applies to whichever package they’re on.

How much does iTalk cost?

The basic ADSL copper wire Unlimited Broadband package costs £19.99 a month. The Unlimited Fibre costs £30.49 a month and the Unlimited Superfast Broadband costs £35.49 a month. Each package also has a £9.95 set up fee. All deals are for 24 months and no calls are included in the package

iTalk is a no-frills provider. So there are no bells and whistles when you sign up. That means no introductory offers for new customers, no sweeteners and no discounts. What you see is what you get. They aim to make a difference by providing first class, UK-based customer service.

iTalk does not offer TV packages as part of their deal. However, they do make it a point of their advertising campaign that you no longer need a TV package. Most TV deals cost around £350 a year but iTalk are keen to point out that subscribing to a couple of streaming services will cost a fraction of that. However, this is the same for all broadband providers so it’s not much of a selling point.

While streaming services do let you create your own TV watching experience, you don’t get access to all the main channels and can only watch content on the services you subscribe to. If you want to watch the terrestrial TV stations as well as all the Sky and other digital channels, you will need a TV package from another provider, in addition to your iTalk deal.

iTalk do offer a phone line and connections as part of their packages. However, you do not get any free minutes as part of your plan and will need to pay for all of your phone calls. Call plans are competitively priced and give you access to cheaper evening and weekend calls, international calls and anytime calls. The exact cost of calls to other UK numbers is subject to a very complex pricing policy but is in line with most other providers.They do not offer any mobile phone packages, only landlines.

Does iTalk include sport?

iTalk has no current TV package, so there is no sport included in your deal. However, you can sign up to online sports packages that you can stream using their broadband.

iTalk only offers broadband and phone packages, with no TV element included.

Do iTalk offer pay as you go plans?

iTalk has no pay as you go plans, just three simple monthly plans for different levels of broadband service. 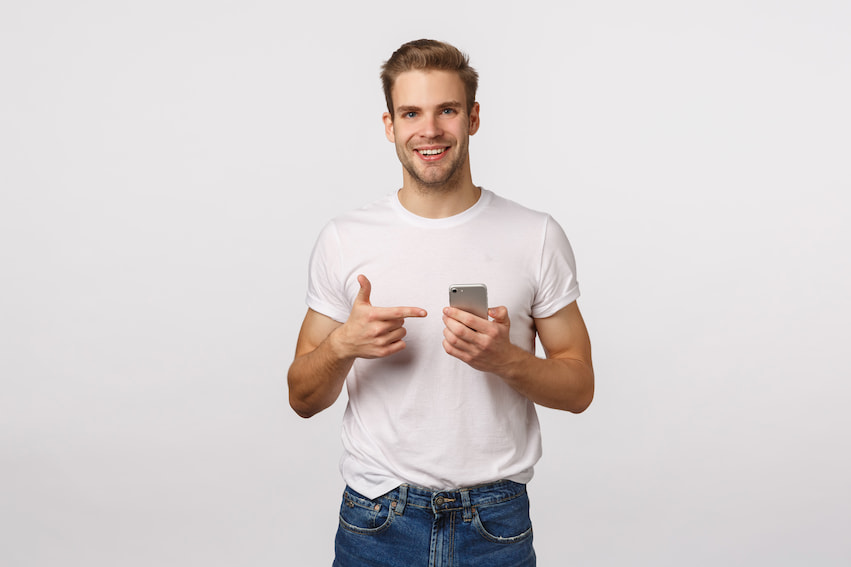 As you have seen above, iTalk offers no frills in their service with just three simple broadband options. While not the most expensive on the market, they are also not the cheapest. They pride themselves on their customer service, aiming to use this to set themselves apart from the competition and win customers. So, how do they perform on customer service?

Customer reviews are very positive when compared to their competitors in the industry. iTalk geta 4.6-star ‘Excellent’ rating on Trustpilot, which is very high for a broadband provider. 81 per cent of the reviews are five-star with a further 10 percent four-star. This is very impressive for any company, let alone an ISP, and shows that their strategy to win customers through good service might be working.

There are a number of plus points to choosing iTalk as your ISP. These include:

However, it is not all good news for iTalk customers. Here are some of the downsides of their service.

How good is iTalk customer service?

iTalk Telecom scores 4.6 out of 5 on Trustpilot, which is an impressive score. However, as with all ISPs there are negative user reviews out there too. But in general, they do seem to offer a very good customer service for the industry.

iTalk vs the rest of the market

Perhaps the most important consideration to think about is how well iTalk measures up against other networks and ISPs. It is worth comparing them on the details of the packages they offer, as well as price and customer reviews. This will give you a better idea if they are the right provider for you.

Below you can see a table comparing iTalk’s most basic fibre package with other similar deals on the market:

As you can see, iTalk is not able to compete with some of the other bigger networks in terms of price. Their deal is around £10 a month more expensive and other suppliers also offer shorter contracts.

It is the same story with their superfast fibre deals, as you can see below:

However, for their basic ADSL copper wire broadband they do not compare too badly to the other providers. Here is how they measure up against some other major suppliers:

As mentioned above, iTalk is not the cheapest provider on the market. While it’s standard ADSL copper wire broadband does not fare too badly, there is quite a big jump up to its fibre options, which are more expensive than most of the competition. Whether or not they are good value depends on how much you prize good customer service.

If you would like to find out more about iTalk or need to get in touch for any reason, there are a number of ways of getting in touch.

The email address is info@italktelecom.co.uk.

If you want to cancel your package, then depending on how long you have left on your existing contract you may find yourself subject to a cancelation fee.

Verdict: is it worth signing up to iTalk?

iTalk are a simple broadband provider, going out of their way to make things uncomplicated. There are no complex introductory offers or complex payment plans. What you see is what you get, simple broadband deals. Prices are not the cheapest and contracts are at the larger end of the spectrum, generally 24 months. However, customer service is good and they have worked hard to establish a relationship as a reliable provider of broadband at the smaller end of the market.

How much does iTalk cost?

At this moment in time iTalk only offers broadband and phone packages, with no TV provision.

Do iTalk offer pay as you go plans?

They only offer a choice of three monthly contracts, each lasting 24 months, with no pay as you go deals.

Is there a iTalk broadband installation fee?

Each of their three broadband packages has a £9.95 set up fee.