We compare the market to find the best broadband and TV bundles.
Monday to Friday – 8.30 am to 5.30 pm

We compare the market to find the best broadband and TV bundles.
Monday to Friday – 8.30 am to 5.30 pm

Many consumers have heard of Now TV. But did you know that Now has recently started providing broadband services? With broadband prices starting at just £18 per month, including line rental, they’re a good choice for the budget-conscious. Plus, they have a good array of broadband, TV and phone packages that should be suitable for the needs of most householders. But are Now Broadband any good? Or would you be better served by a larger ISP?
Last update: April 2022

We’ll look at Now Broadband’s deals, packages, prices and speeds to see how they compare with the rest of the market. We’ll also take a look at what their customers are saying about them to see if they can give you the service and support you deserve. 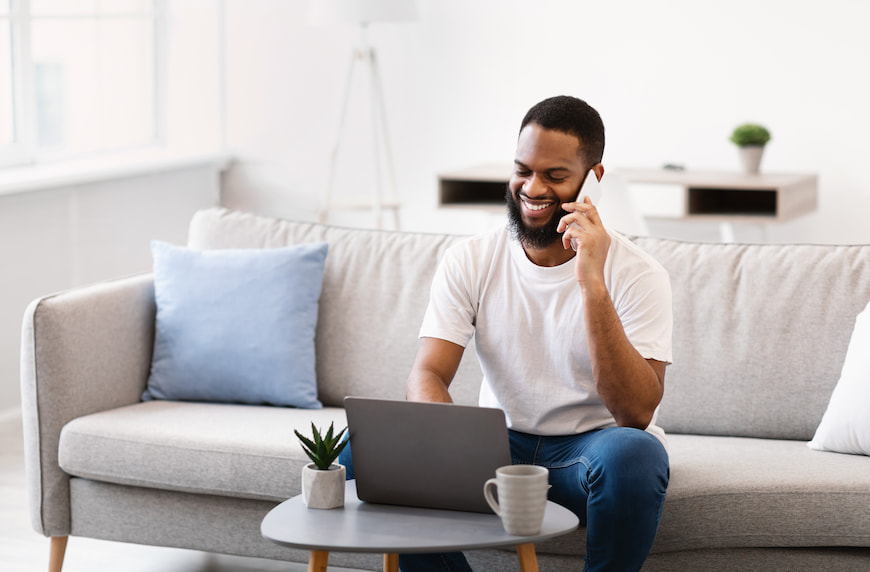 Since 2012, Now has sought to deliver entertainment to UK consumers with flexibility and a freedom from prohibitive contracts. This is certainly true of its Now TV deals, and while it’s not quite true of their broadband, contracts are lighter than most with a maximum of 12 months.
Let’s take a look at their broadband-only deals:

If you already rely on streaming services like Netflix and Amazon Prime for your entertainment, and exclusively make calls with your mobile, you’ll probably benefit the most from a broadband-only deal. Fortunately, Now has several…

Now Brilliant Broadband is its entry-level ADSL broadband deal for households that don’t want (or are unable to get) a fibre connection.
For £18 per month (including line-rental) you get:

There is a £5 setup cost, but this just covers the postage for your router. There’s no need for an engineer to set this up. Your router just plugs into your phone socket and data is communicated through the copper cables of your phone line.

This Now’s entry-level fibre package that delivers Fibre To The Cabinet (FTTC). This is a shared connection with other households in your area. So you may not consistently get the advertised speeds during peak hours.
This should be adequate for households who want to video chat, stream in HD and light online gaming.
For £22.99 per month (including line rental) you get:

A £5 upfront cost also applies to cover postage of your router.

For a small extra monthly fee you can upgrade your fibre connection to Super Fibre. This is also a FTTC connection but provides faster download and upload speeds. It’s a good option for households that want to stream in 4K UHD, stream on multiple devices or play lots of online games.
For £25 per month (including line rental) you get:

Double the speed for just £2 per month? For us, it’s a no-brainer!
Again, this includes a £5 upfront charge to cover the cost of your router.

Before they got into the broadband game, we knew Now for their flexible TV packages. So, does the brand combine its TV offerings with its broadband deals? Well… yes and no,
In order to provide greater flexibility and customisability, customers add TV packages to their broadband deals to make their own bundles. Let’s see what you can add to your broadband-only package without a contract…

For £9.99 per month you get 19 TV channels that you can watch live or on-demand, including:

Add on £11.99 per month and you’ll get access to a plethora of movie channels with a new films premier every week.
You can watch these live or on-demand. Channels include:

An extra £9.99 per month will get you all the sporting action you could ever need from Sky’s sports channels, including:

For the first 12 months of your Now Broadband subscription, you get access to unlimited anytime calls to UK landlines and mobiles. You can also keep your existing phone number. Just let Now Broadband know that you would like to keep this number when you subscribe. This puts Now at a real cost advantage to BT which charges 20p per minute for calls to UK landline and mobile numbers.

What hardware do you get with Now Broadband?

New customers get a Hub Two router which is pretty much identical to Sky’s Q Hub. It has dual-band Wi Fi, as well as 5 internal antennae. This isn’t as many as BT or Virgin’s routers, but should still be perfectly adequate for most homes. For best results, connect your Hub Two to the master phone socket as this will have the strongest connection. The Hub Two has two Gigabit ethernet ports for cabled connections.
If you subscribe to NowTV, you can watch all of its channels via Now’s smart TV app. However, if you don’t have a smart TV, you can request a Now TV stick which plugs into your TV’s HDMI port. You can control this directly via its own remote control.

Now Broadband Reviews: What are their customers saying about them?

As we can see, Now Broadband has some flexible bundles at reasonable prices. And their contracts are shorter than many other fibre broadband providers. But do they offer the kind of customer service that makes you want to stay with them after your contract has expired?
The best way to find out is by saying what their customers are saying about them online. To get an overview of customer sentiment, as well as some useful qualitative data from customer reviews, we recommend taking a look at Now’s Trustpilot Page. Please note that this page encompasses all of Now’s services, including TV as well as broadband. However, you can filter by keywords such as “broadband” to see how customers rate this service.
At the time of writing, Now has an aggregate customer score of 1.6 out of 5 which makes them a “bad” provider by Trustpilot’s metrics. The page has 9,620 customer reviews. Of these:

Positive reviews for Now Broadband focused on the provider’s flexibility, especially with TV packages. Other reviewers compare Now Broadband providers favourably to their former providers, calling it “much cheaper, much faster and more reliable”. Customers also praised the speed at which their router arrived and how easy it was to set up. Customer service was reviewed positively in places, with decisive resolution and replacement equipment sent out quickly at no extra cost where needed. 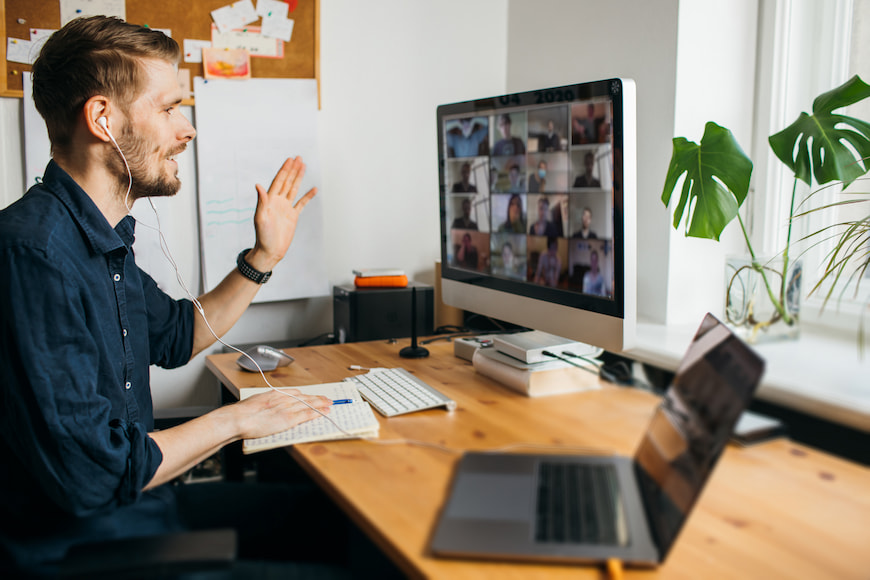 Common complaints about Now Broadband include sporadic speeds and performance, with connections dropping out at inconvenient times. Some customers also cite billing issues and a lack of clarity in bills. Some reviewers also mention that they were still charged after their contracts had been cancelled.
A number of reviewers also cite frustration at difficulties getting in touch with a customer service team member over the phone, and that much of the customer service is run through the brand’s website, making it hard to get in touch with a human being.
Although reviewers generally mention fair pricing, even positive reviews note that prices went up “quite a lot” after contract renewal.

Cheap broadband is great. But it can be little compensation when you’re frustrated by a lack of customer service. Just how easy is it to contact Now Broadband? Let’s take a look…

How to contact Now Broadband customer service and support

Now Broadband vs the rest of the market

By now, you hopefully have a pretty good idea of what Now Broadband has to offer, and how it is perceived by its customers. But how does it compare with other providers? Let’s see how Now Broadband stacks up against its contemporaries in the ways that matter the most to you.

How do Now Broadband prices compare with other broadband providers?

How fast is Now Broadband?

Now Broadband uses the same network as its parent company Sky, and as such it offers the same speeds. Fortunately, this means that the speeds advertised are usually very similar to the speeds that most customers will get. Performance data from Ofcom is detailed in the table below:

What is Now Broadband’s cheapest bundle?

You can see Now Broadband’s bundles compared in the table below. So you can decide which is the best fit for your needs and budget:

Can I get Now Broadband in my area?

Because Now Broadband is backed by Sky, there’s an excellent chance that you can get a Now Broadband package to suit your needs, wherever you are. But don’t make the switch without calling the SwitchBox team first! We can ensure that you get the very best broadband deal for your needs, usage and budget. We’ll even manage your switch to bring you better broadband, faster!
Want to know more?
Give us a call today on 0330 818 6395 !

What is my Now Broadband cancellation fee?

If you want to leave your Now Broadband plan, you will have to pay an early cancellation fee if you are still within your contract. How much you pay depends on how many months of your contract left remaining, and the type of package you have. Cancellation fees are:

Brilliant Broadband is on a monthly rolling contract.

When does my Now Broadband contract end?

If you have Brilliant Broadband, your contract expires at the end of every month. However, all Now’s Fibre packages have a 12 month contract.

No. You cannot get an email address with Now Broadband.

Unfortunately, Now does not yet provide ultrafast broadband, as this requires a direct Fibre To The Premises (FTTP) connection. However, they may provide this in the future.

Can I get Now Broadband without line rental?

Unfortunately, Now Broadband only offers FTTC and ADSL connections, you will need a line rental, even if you don’t use your landline phone. The only way to get fibre broadband without renting a line from Openreach is with a direct Fibre to the Premises (FTTP) connection, which Now does not yet offer.