Pop Telecom is a plucky little upstart, competing with titans like BT, Sky and Virgin Media. This small Essex-based company has a decade’s worth of experience providing an affordable broadband alternative to consumers that want reliable internet without big costs. With low prices and the kind of customer service that you expect from a small business, it’s no surprise that they have thousands of happy customers across the country.
Last update: April 2022

If you plan on switching broadband providers today, there’s a chance that Pop Telecom is the right fit for you! 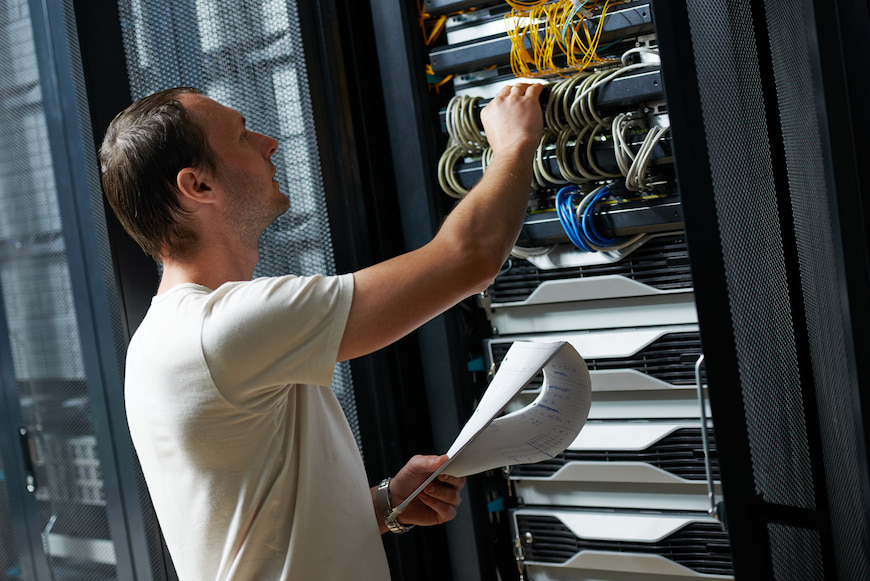 Pop Telecom may be a small company, but its selection of broadband deals stands shoulder to shoulder with many of the larger providers. They offer a choice of ADSL and fibre broadband options combined with digital TV and phone packages.

Let’s take a look at their broadband-only deals. These are the building blocks on which all Pop Telecom’s packages are built, so it’s a good idea to look at these first. Prices are fixed for the duration of your contract:

This is Pop Telecom’s cheapest broadband package priced at just £17.50 per month. This is an ADSL package, meaning that your connection goes through the copper cables of your phone line (which needs to be rented from Openreach). With this package you get:

If you don’t like the idea of being tied to a long-term contract, Pop Telecom also offers ADSL broadband on a 30-day rolling contract. However, you can expect to pay for this flexibility at £30 per month.
Specs for this package are as seen above.

This is Pop Telecom’s entry-level fibre broadband package. It should be adequate for most households’ needs including streaming in HD and even in 4K, as well as light online gaming.
For £20.50 per month you get:

For just £1 extra per month, you can upgrade your speed to 45 Mbps.
There’s also a “Price for Life” variant for those who want to lock in their costs for slightly longer. This is a 24-month contract priced at £27 per month. This is only available to new customers.

This is Pop telecom’s fastest fibre broadband package. This is a good fit for larger households or those who want to be able to stream or video conference from multiple devices at the same time.
For £21.50 per month you get:

A cool thing about Pop Telecom is that it offers bespoke broadband packages for households that have non traditional broadband needs. These include:

Pop Telecom has several packages that bundle fibre broadband with HD digital TV channels. These are detailed below:

This is Pop Telecom’s entry-level broadband and TV bundle. While it is characterised as “superfast”, download speeds are capped at 18 Mbps. Technically, a connection needs to be capable of speeds of 30 Mbps or higher to be called Superfast. Nonetheless, this can offer good value for money for households who love their TV. Especially since 12 months of Amazon Prime are also added to the bundle.
For £29.99 per month you get:

This is the same package as above, however, it includes much faster fibre broadband with average speeds of 38 Mbps.
For £33.99 per month you get:

This is the fastest broadband and TV package offered by Pop Telecom with average speeds of .
For £37.99 per month you get:

For a small extra monthly charge, you can add phone packages to your broadband-only deal. After all, you’re paying for the line rental anyway. Why not get some cheap calls out of it?

You can add free anytime calls to your fibre advanced broadband deal for £22.50 per month. This offer is only available to new customers.

For an extra £2 per month, you can also add free anytime calls to your fibre infinity package, at £23.50 per month. Again, this offer is only available to new customers.

What hardware do you get with Pop Telecom?

Customers get a free TP-Link VR400 router with all of Pop telecom’s broadband deals. This offers dual-band WiFi at 300Mbps / 867Mbps. It uses beamforming technology for a stronger signal and better coverage. It also has 4 Gigabit LAN ports, 2 antennae and a multi-purpose USB port. 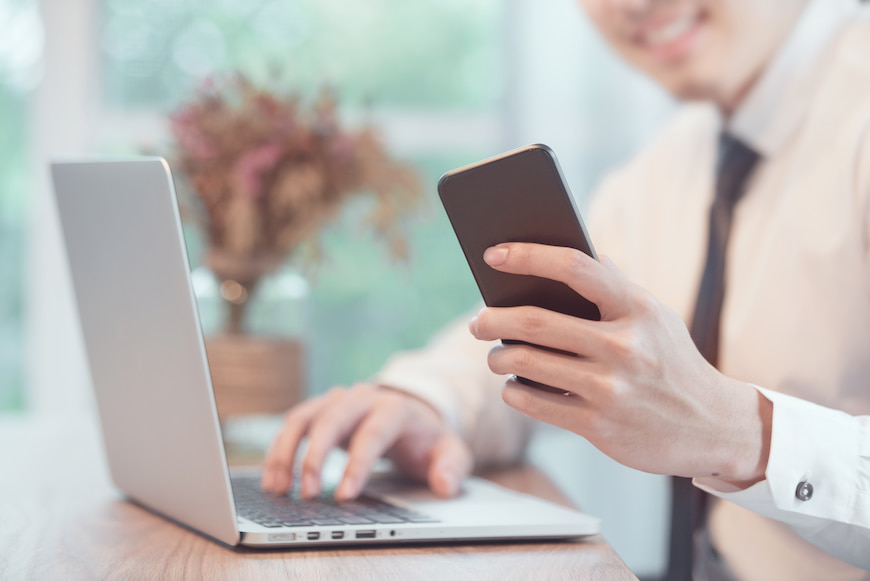 Pop Telecom Reviews: What are their customers saying about them?

When you look at the reviews left for Internet Service Providers (ISPs), it becomes clear that even the most popular providers (especially the most popular providers) don’t have the best record on platforms like Trustpilot. However, Pop Telecom has surprisingly excellent customer reviews.
At the time of writing, Pop Telecom’s Trustpilot page has an aggregate customer score of 4.6 out of 5 which makes them an “Excellent” provider. The page currently has 3,576 customer reviews.

Positive reviews for Pop Telecom focused on happiness with the provider’s prices, and good value for money. Some also stated that they got speeds consistent with what they were advertised and that they got technical support to help them optimise their speeds. Numerous reviewers heap praise on the brand’s customer service, and consistently report that the customer service team are friendly, knowledgeable and reassuring. Many mention specific customer service team members by name, which we find is always a good sign.

While Pop Telecom is broadly praised on Trustpilot, there are some detracting voices. Negative reviews cite issues with switching and miscommunications around line takeover. Some reviewers also stated that they were not getting speeds close to what they were sold, with one reviewer describing their ADSL connection as “catastrophically slow”.
Other negative reviews cite billing issues and miscommunications, as well as poor customer service with team members described as “rude” and “ignorant”.
Over 80% of Pop Telecom’s customers, however, rate the brand as above average.

One of the good things about choosing a smaller ISP is that they have a much more immediate approach to customer service. There are lots of ways you can get in touch with them when you need to discuss your bill or request technical support.

How to contact Pop Telecom customer service and support

Pop Telecom’s website has an online chat feature which, for many, will be the fastest way to get through to a human being. If you’d prefer to speak over the phone, however, you can call them on 0343 538 6611.
If it’s more convenient to get in touch via email, you can contact them at customer.service@poptelecom.co.uk.

Pop Telecom vs the rest of the market

Pop Telecom may not be the biggest or most ubiquitous supplier on the market. But they’ve clearly made a big impression on their customer base. So, how do they compare with their larger contemporaries? Let’s take a look…

How do Pop Telecom prices compare with other broadband providers?

How fast is Pop Telecom?

Pop Telecom’s website states that not only is its Fibre Infinity package cheaper than many equivalents, it’s faster too. With average speeds of 63.62 Mbps they’re faster than:

Can I get Pop Telecom in my area?

Pop Telecom may be a smaller provider. But since they offer both fibre and ADSL packages, there’s a good chance that you can benefit from their lower prices no matter where you are.
Still, don’t make the switch without calling the SwitchBox team first! We can ensure that you get the very best broadband, TV and phone package for your needs, usage and budget. We’ll even manage your switch to bring you better broadband, faster!
Want to know more?
Give us a call today on 0330 818 6395 !

What is my Pop Telecom cancellation fee?

If you want to leave your Pop Telecom plan before your contract has expired, you’ll need to pay a termination charge of £50. You may also be subject to a router charge of £39.99 unless you paid for this outright when you signed up.
There are no cancellation fees if you are on a no-contract package.

When does my Pop Telecom contract end?

All of Pop Telecom’s broadband packages are 18 months in length. When your contract is due to end you will receive an end of contract notification. You can switch providers after you have received this without being subject to termination fees.

Unfortunately, Pop Telecom does not yet provide ultrafast broadband, as this requires a direct Fibre To The Premises (FTTP) connection. However,as the brand grows, they may provide this service in the future.

Can I get Pop Telecom without line rental?

Unfortunately, a line rental is necessary for both Pop Telecom’s ADSL and fibre deals. This is because the fibre offered is transmitted via a local exchange cabinet rather than directly to the property (FTTP). Nonetheless, even with line rental included, Pop Telecom has some of the best prices on the market.