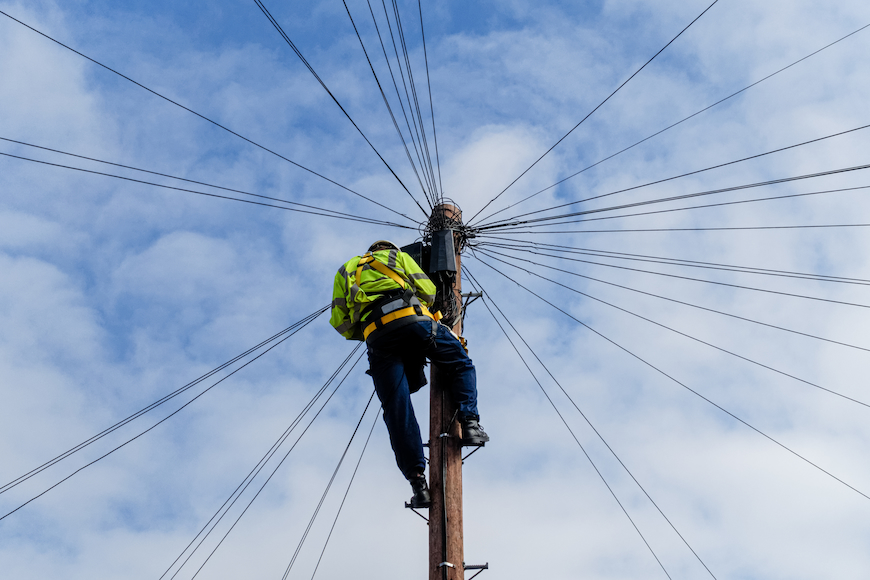 What does overbuilding mean for the UK market and consumers? 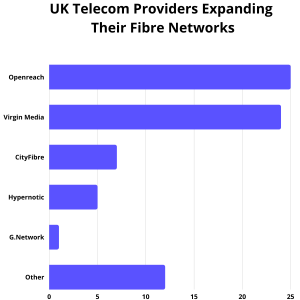 In terms of what this entails for consumers, this is a great thing because they will have more choices at affordable prices. However, the concern raised by CityFibre about overbuilding derives from the fact that the broadband market could turn into a duopoly leading to unfair competition. This duopoly would have Openreach and Virgin Media dominating the broadband market. Both telecom providers with the shared epiphany that fibre broadband is the future want to get their fibre network online first to gain market share. These two telecom providers are racing to offer consumers faster and more affordable internet, which again is great for consumers but could be bad for the competition in the broadband market.

Overbuilding: What is it?

Let´s talk about the concept of overbuilding itself. Overbuilding is a practice in the telecoms industry where one provider decides to build their network over a competing provider. For example, if Hypernotic already has an established network in Manchester and Virgin Media decides to build their own network in Manchester, this would be classified as overbuilding. The issue with this is that building new network centres is very costly and most of the time only the big companies can afford to do so. Especially with the UK´s current shortage of skilled labour which is driving the prices of building even higher. Telecom providers are competing for skilled labours right now, and whoever can offer them the highest price wins over their contract and are able to build fibre networks quicker. So those smaller telecom providers don´t stand a chance in the market.

Telecom providers’ response to overbuilding in the UK

In fact, a lot of telecom providers’ strategy was fixated on developing widely accessible broadband and were not prioritizing a heavy rollout of fibre broadband until CityFibre was introduced into the market. Openreach has since denied any claims of an aggressive fibre rollout stating that their priority was to ensure widely available superfast broadband before targeting fibre networks construction.

Paul Kells, director of the network strategy and engineering at VMO2 states that its rate of overbuilding is currently at 30% and that the situation is being monitored closely but is not yet something to be concerned about. So while it´s not something that is posing an immediate threat to the market right now, it is definitely a situation that deserves a watchful eye. After all, a duopoly market risks turning into an oligopoly market, where one provider can dominate a competitive market which would no longer benefit UK consumers.

A Guide To The Best Broadband Deals Available

Broadband Explained: Everything You Need To Know