While the world is slowly opening after the Covid-19 pandemic, some of its reverberations are here to stay. Remote working is the most notable change in terms of work culture. With Covid-19 restrictions being lowered, working in offices is allowed once again. With over a third of all employed people in the UK working partly from home during the pandemic, 84% of employees actually indicated they would prefer a flexible or hybrid model of working. There are several companies that also offer completely remote jobs, which especially younger people tend to lean towards. With the Hybrid and remote working options that have moved from a state of temporary work culture to a permanent option, people can be more flexible in where they live. But what is the best place in the UK for remote working? 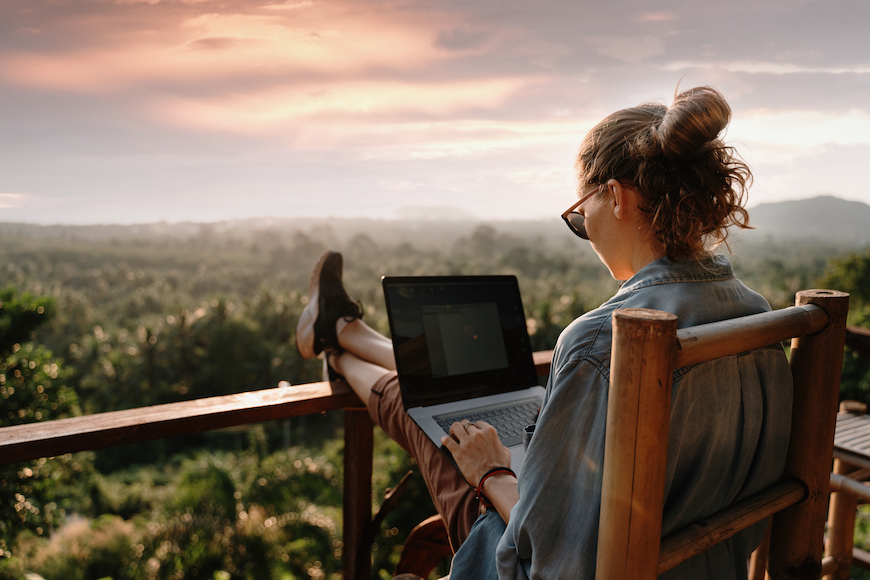 What makes a city suitable for remote working

Broadband costs can differ per region as well

Not only does broadband speed vary among regions, the average costs for your broadband plans between different broadband supplier also vary. This could imply a difference of as much as £30 on a monthly basis, or £360 per year. Quite a difference. Below you can see the cost per mbps per month for the different UK regions.

Cost of living and safety

Other than internet and digital factors, choosing the right city for remote working also often involves moving to a city with lower costs and higher quality of life. Comparing London and Manchester for example, prices for an average flat in London would be £814,000 whereas in Manchester it would cost around £235,000.

Other factors such as the amount of parks and green space within the city, and the crime rates all can make a city more attractive relative to other cities.

The top cities for hybrid and remote working

Below is an overview of the top 3 cities for hybrid working with what makes these cities particularly attractive. 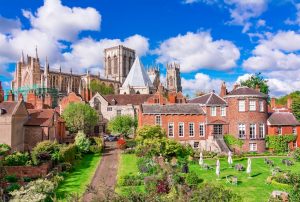 Located in North-East England, York is one of the recommended cities for remote working. With average costs for a flat in the city sitting at around £177,000 the city is significantly cheaper than some bigger cities such as Birmingham, Liverpool, London and Manchester. The city has a population of around 210,000 people so is still sizeable with all the facilities and social opportunities that come with a bigger city. Crime rates are quite low and broadband speed is among the highest of the country for the York city area. 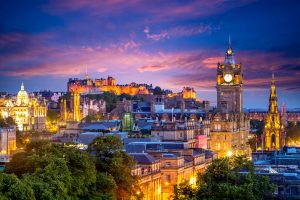 Another recommended city for remote working is the Scottish capital of Edinburgh. The compact but populous city has around 550,000 inhabitants currently. While the city itself might be compact, Edinburgh has the largest ratio of green space to built environment compared to all other UK cities, with natural green areas accounting for 49.2% of the area. Despite being the capital city, property prices have not been rising starkly, sitting around £240,000 on average for a flat in the city centre. Broadband speed is very high and costs are quite decent and the city life is bustling which gives plenty of opportunity to build up a social network. 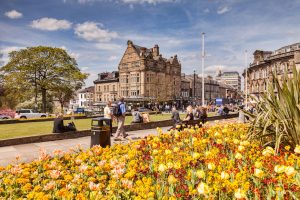 Located just 13 miles outside of Leeds, Harrogate is another top location for remote working. The city is very green with loads of opportunities to enjoy the nature. Download speeds are great and costs are manageable. Property values are slightly higher than other cities but still sit quite decent at £300,000. The city is decently sized with around 75,000 inhabitants but still has load to offer. A famous spa resort and countless options such the leafy valley gardens to enjoy nature to help you relax and surround yourself in a peaceful environment.

Choosing the Best Broadband Deals For Your Home

How to Compare Broadband Deals?