We all know what WiFi is. It provides wireless internet connectivity using fixed hotspots. In that sense, WiFi is a kind of technology – a system for transferring the internet to your device from a router, either in your home or in other places with hotspots. The basic difference is that MiFi is not a technology but a type of device. It is a mobile hotspot that provides you with internet access on the move, through a process called tethering. The term MiFi essentially stands for Mobile WiFi, although this is not an official definition. It can also go by other names such as My WiFi or My-Fi (although MiFi is also a brand name for a mobile tethering device). It can be used with mobile phones, tablets and computers to connect to wireless internet for data transfer. It does this using a SIM card inserted into the MiFi device.
Last update: April 2022

MiFi is purchased from an internet service provider, or ISP, in the same way your WiFi system would be. As such, there may be a data cap placed on the amount of data you can use. However, there are lots of different plans out there, including PAYG and monthly contracts for all types of users.

MiFi is a really useful way of connecting to the internet for people on the move or for people who cannot otherwise get a good broadband connection. A MiFi device, which are trademarked by Three in the UK, can be used to provide connectivity for up to 10 devices at any one time – if signal strength allows it 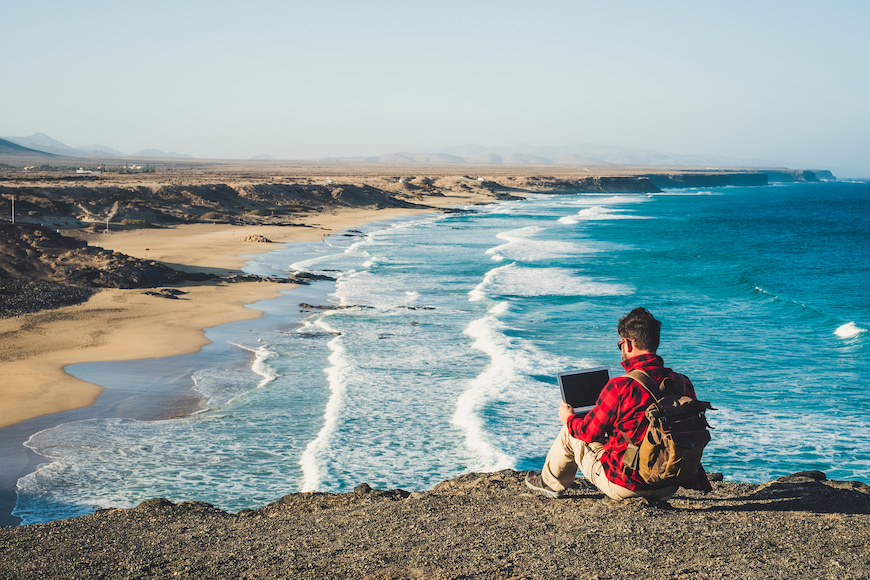 Is MiFi as good as WiFi?

It’s not really a question of whether MiFi is as good as WiFi as they are slightly different things. To put it simply, WiFi is essentially a wireless network standard. MiFi, on the other hand, is an internet device which has WiFi built into it.

MiFi uses the WiFi standard to share and connect devices. However, MiFi does not only support WiFi. It can also be used with mobile technologies like 3G, 4G or LTE. In addition, MiFi allows you to connect your devices to the internet when you’re on the move.

So, it really depends on your needs and which type of connection is more suitable for you. If you have a superfast fibre connection or cable internet to your property and use your devices mostly in the home (with a smartphone for mobile browsing) then a broadband connection with WiFI router is probably the best solution. This will provide you with faster download and upload speeds and is unlikely to have any data caps. It may also be cheaper.

However, if you are a frequent traveller and need connectivity on the move, then MiFi may be a good fit. It allows you to access the internet in areas where there is no WiFI or where you have no fixed broadband. MiFi may also work in more remote areas where there is phone signal but no broadband network or infrastructure.

It may also be a good fit if you own multiple devices and need to be connected when away from home or if you are a heavy internet user on the move. MiFi can also be a good substitute for using your phone as a mobile hotspot, especially if you have poor battery life or limited data on your phone contract.

MiFi can be a good alternative to WiFi for some households, but it is not always an either/or question. Many people have both a broadband WiFi connection in their homes and a MIFI device to use when they are out and about.

How does it work?

MiFi works in a very similar way to your home broadband connection. However, a MiFi device connects to a 4G or 3G network to create what is called an ‘ad-hoc’ network. This is a network that builds as devices connect to it, forming a small local area network, or LAN.

Unlike an internet dongle, which is only used with one device, MiFi can be shared with up to 10 other devices. However, users need to be within 10 metres of the MiFi device in order to get a signal. Although this is likely to evolve and improve as the technology becomes more efficient.

In the UK, MiFI is offered primarily by Vodafone, Three and EE. It works on a contract basis just like your phone, with deals often coming bundled with a tablet. You can get both pay monthly contract tariffs from Three mobile and EE or you can get a PAYG deal. With PAYG deals, you’ll generally have to pay for the MiFi device up front.

Perhaps as the technology improves MiFi might be a genuine alternative to a home broadband connection. However, in its current form there are certain impediments to this happening. It’s usually more expensive to get the same amount of data from a mobile provider than from home broadband. In addition, mobile hotspots are less reliable than your broadband network. MiFi can certainly do a job, and when necessary fill in for home broadband, but at the moment a fixed connection has too many advantages for MiFi to be a genuine alternative.

It is possible to get unlimited data with a MiFi device. All UK network providers offer unlimited MiFi deals. However, you should be prepared to pay for the privilege. In the future, unlimited deals at reasonable and comparable rates to home broadband may be commonplace but we are not quite there yet.

How fast is MiFi?

MiFi mobile broadband can provide speeds up to 25Mbps. This depends on your location and the type of MiFi tariff contract you have signed with your ISP. With good 4G connections in the UK, and the new 5G connection being rolled out, these speeds may soon start to increase.

Comparing the best MiFi deals in 2021

Below is a selection of some of the best deals available for MiFi and other mobile hotspots. These deals are subject to change and new ones will come onto the market over time. But this gives you some idea of what you can get for your money.

There are three main providers of MiFi and mobile hotspots in the UK. These are:

MiFi uses the mobile data network in the same way as your mobile phone, so it’s speeds will be similar to those you can get for these networks. Most UK mobile networks – including BT Mobile, EE, giffgaff,O2, Three, and Vodafone – offer 4G mobile deals. Speed and coverage varies from network to network. The industry regulator, Ofcom, says speeds should be an average at 15.1Mbps and can reach up to 30Mbps. So you can expect to get similar levels of data transfer using your MiFi device.

Again, your MiFi device will be using the 5G network so you can expect the same speeds as you would get on your phone. Theoretically these can be between 1Gb and 10 Gb. However, in reality you should probably expect to get around 50+Mbps.

There is currently not a huge selection of MiFi devices on the market, so your choice is a little limited. This will improve over time. However, some of the devices already out there are very good. Here is a selection of some of the best performing and highest rated.

The reality is that the few ISPs that offer MiFi deals only offer a slim choice of device, if at all, so you may be limited to the ones they offer. However, most devices perform fairly equally and you won’t suffer a loss of connectivity as a result of your choice. 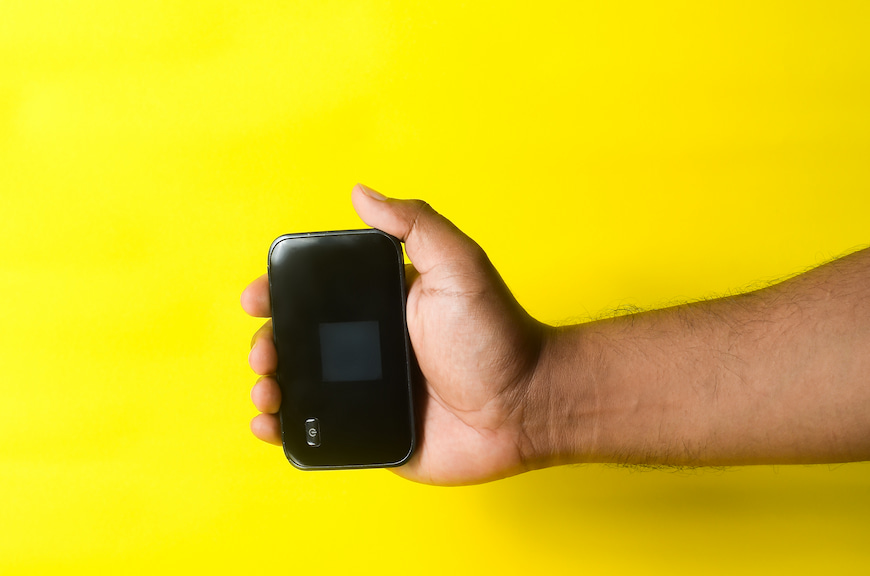 How much does a MiFi cost per month?

It can vary hugely, ranging from just a few pounds a month to costs that will be more than your home broadband connection. It all depends on what kind of connectivity you want. For unlimited data access, you will be looking at around £25 a month on a PAYG contract. This might be less for a 24 month deal. For limited data plans it is a lot cheaper but then you need to watch what you are using. You may also need to buy the MiFi device upfront. You need to consider this when making your choice and factor it into your budget

There is a choice of either PAYG deals, which means you can pay month by month for your connection or data as and when you need it. These deals tend to be more expensive than the contract deals. MiFi contracts, like phone contracts tend to either be 12 or 24 months, with better deals usually available on longer contracts.

There is a choice of unlimited data deals with providers including Three, EE and Vodafone. These deals tend to be expensive but there are more affordable limited data deals out there too. It all depends how much data you require from your MiFi device.

It all depends on what you are going to use for MiFi for. If you are just checking emails and doing some casual browsing then you could probably get by on a few Gb of data a month. However, if you are going to be streaming movies, making conference calls or using your MiFi for work purposes then you will probably need substantially more. You can work out how much data you will need by using Vodafone’s data calculator.

Again, it really depends on what you use your MiFi for and how many people are going to be connected. If it is just for personal use and you just need it for emails, social media and some browsing then 50Gb should be enough. A 50GB data plan will equate to around 600 hours browsing time, streaming 10,000 songs or watching 100 hours of standard-definition video.

How do you set up a MiFi router?

MiFi routers require very little setup. Simply insert your SIM card into the slot and switch them on. It should take just a few seconds for your computer, tablet or other Wi-Fi-enabled device to pick up the MiFi signal. Then you will be ready to connect.

There is no software to install. So, you should be online in a matter of seconds. That means it is a lot quicker than many home broadband installations. You may want to password protect your MiFi router to prevent other people using your data without your permission.

Can I get unlimited MiFi?

Yes, you can. All of the providers in the UK that offer MiFi internet also have unlimited data plans. However, these can be expensive and will often cost. More than a home broadband connection per month.

How much does MiFi cost per month?

It ranges from around £10 a month for a data capped deal with a few Gb of data to around £30 a month for unlimited data deals. It also depends on the length of your contract or whether you choose a PAYG deal.

What is the best type of MiFi?

Can data be stored on a MiFi?

MiFis and other mobile broadband dongles have storage capabilities. They are also generally compatible with microSD cards, so you can increase the amount of storage available if you want to.